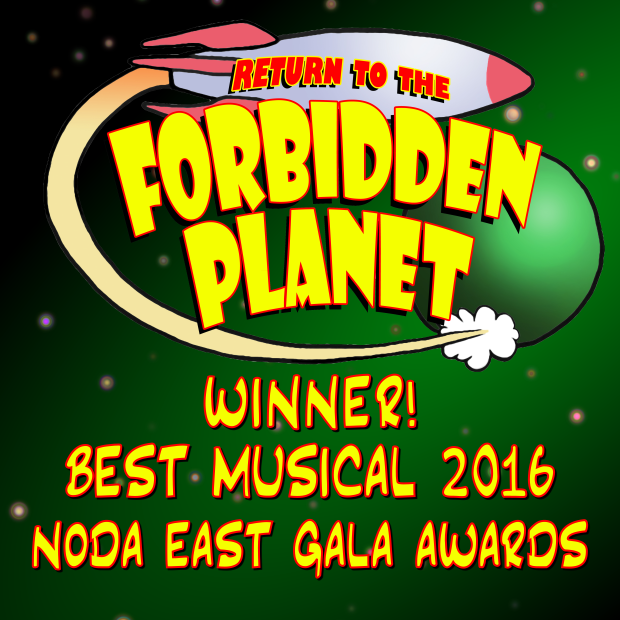 The Festival Players 2016 production of Return to the Forbidden Planet has won the award for Best Musical at the NODA East Gala Awards, held in St Ives on 9 April.

‘Thanks to everyone that helped make this show into an award winner,’ said Warren. ‘It was a huge technical challenge to transform the empty box at Comberton into the interior of a spaceship. The ever-dependable Penguins went beyond the call of duty as they decamped to unfamiliar surroundings and built a complex set involving projection, live cameras, an airlock, and a magnificent console complete with changeable lighting states.

‘The hard-working and talented cast, the stonking live band, and an innovative creative and technical crew made this “pet project” a joy to work on, and I’m thrilled that the team has been recognised with this award.’